How the immune system protects against infection

The immune system plays a vital role in protecting people from harmful pathogens, such as viruses and bacteria, that could cause infection.

In order to destroy invading pathogens and protect us from infection, the immune system has to be able to differentiate between self antigens, i.e. molecules that belong on the cell’s surface, and non-self antigens, i.e. what is foreign to the body.

There are two branches of the immune system: innate (or natural) immunity and adaptive (or acquired) immunity. These two arms work both independently of each other and together.

Innate, or natural, immunity is present from birth and is the body’s first line of defence. It comes into play immediately or within a few hours of an antigen appearing in the body. It’s the natural response we have upon recognising a foreign cell or microorganism – and is non-specific, which also means it is unchanging and will not generate long-lasting immunity.

The human body has a number of non-specific physical and biochemical defence mechanisms to protect it from infection.

Mechanical defence mechanisms of the innate immune response include:

When these natural defences are breached, such as in the case of a wound or burn, microorganisms are still able to enter the body.

If microorganisms do enter the body, the innate immune system initiates two main defensive strategies within minutes of the attempted invasion. These biochemical defence mechanisms of the innate immune response include:

The actions of the innate immune system are usually sufficient to destroy invading microorganisms.

Unlike the innate immune response, it is highly specific and adaptive. It targets specific antigens and will adapt its response permanently to prevent the body from becoming reinfected with the same microorganism in the future.

While the acquired immune response is highly effective, it is however much slower than the innate immune response. It can sometimes take 7-10 days to fully mobilise.

Activation of the adaptive immune response

Branch-like cells found in the skin, known as macrophages and lymphocytes, play a key role in activating the immune response.

Lymphocytes are white blood cells which originate in the bone marrow but settle in lymphoid organs such as the thymus. When a foreign antigen enters the body it will eventually meet a lymphocyte with a matching receptor. The cell with the ‘best fit’ then divides to produce a large number of clones which are mobilised to attack the microorganism.

There are three groups of antigen-receptor cells that specifically recognise foreign ‘non-self’ antigens as part of the adaptive immune response:

The complement system plays an important role in enhancing the effect of antibodies. It can be activated by the lectin pathway, the mannan-binding lectin (MBL) pathway or the classical pathway.

While largely very effective at destroying microorganisms that invade the body, the adaptive immune system can sometimes generate ‘anti-self’ receptors. And if not destroyed, these ‘anti-self’ receptors can lead to autoimmune diseases, such as type 1 diabetes, rheumatoid arthritis, coeliac disease and narcolepsy.

Covid-19, the immune system, and the importance of vaccination

The aim of vaccinations is to safely teach our adaptive immune systems to repel disease. This is why vaccines for diseases like Covid-19 are so vital.

One of these methods is to vaccinate against COVID-19. Vaccination is the administration of vaccines that contain dead, weakened or live microorganisms (viruses) and can also contain specific proteins from the microorganism of interest. This ultimately would enhance the function of the immune system to fight certain diseases. This is done so by producing specific antibodies for that particular infection or disease that can programme our adaptive immunity against the microorganism and future infections. Vaccines come in different platforms including mRNA, adenoviral vectors and protein subunits.

As of January 2021, 68 vaccines are being tested in clinical trials, 2 have been approved, 20 are in phase 3 and 24 are in phase 2 clinical trials. With Pfizer and Moderna (mRNA platform) being the most efficient at an efficacy rate of 95% and 94.1% respectively. In addition, AstraZenca and Johnson Johnson vaccines (adenoviral vector platform) showed efficacy rate of 70.4% and 66% respectively. Whilst NovaVax vaccine (protein subunit platform) showed 89% efficacy.

Pfizer Inc and German partner BioNTech SE had produced over 70 million doses of their Covid-19 vaccine by the end of 2020. Overall, the UK has ordered 40 million doses.

People aged between 40-49 will be the first group to be invited to receive a vaccine once the over-50s and the most vulnerable have been vaccinated, the  Joint Committee on Vaccination and Immunisation (JCVI) has announced.

The JCVI also stated on Feb 26 that those in the 30-39 and 18-29 age groups will be next in line to receive a vaccine, once those aged 40 and over have been sent an invite to be vaccinated.

The true first line of defence

Of course, the real first line of defence is always to prevent infection from entering the body. This is why social distancing guidelines, frequent handwashing, and avoiding touching the eyes, nose and mouth are so important in protecting people from Covid-19 as they help to break the chain of infection.

Ultimately, Covid-19 emphasises the very importance of infection prevention and control (IPC) methods – not just within healthcare environments, but in the community too. 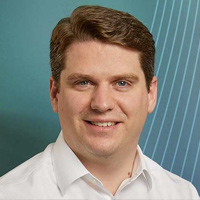 Meet our Head of HR